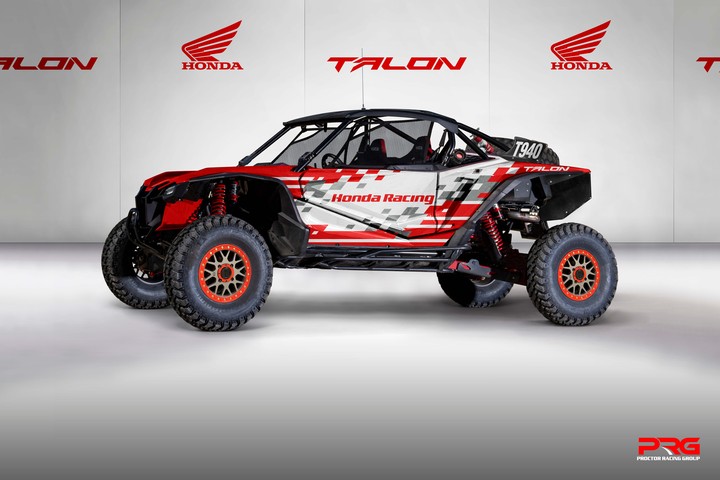 With direct technical and engineering support from American Honda's Powersports Division, Team Honda Talon Racing is managed by Proctor Racing Group; Proctor also operates and drives Honda's Baja Off Road Ridgeline, which has won its first three races of 2019, including this past weekend’s SCORE International Baja 500. To develop turbo technology for this project, Proctor is collaborating with Jackson Racing, the Oscar Jackson-owned firm that is a world leader in high-performance products for the sport-compact automotive market.

Team Honda Talon Racing will devote the remainder of this year to designing, engineering and testing the Talon 1000R before launching a two-vehicle race effort in selected events beginning 2020. Although no drivers have yet been named, planned events include:

In addition to its racing activities, Team Honda Talon Racing will provide trackside support for Talon drivers at non-SCORE events it campaigns.

Released in March, the Talon introduced technology like a Dual Clutch Transmission and I-4WD to the sport side-by-side market.

"As a team owner, I'm humbled to have the opportunity to represent Honda's Powersports Division with the new Talon," said Proctor Racing Group Team Principal Jeff Proctor. "Honda has a rich racing heritage, particularly in Baja, and I'm thrilled to build this side-by-side racing program and take it to the top."

"It's exciting to kick off the Team Honda Talon Racing side-by-side racing program," said Brandon Wilson, Advertising & Motorcycle Sports Manager at American Honda. "The Talon has been a big hit in media evaluations and on showroom floors, and it deserves a quality racing project. Considering Proctor Racing's history with Honda's Automotive Division, and the success of their Ridgeline racing program, they're a great choice as a partner for this project. We're looking forward to seeing the Talon in competition."

For more details as the program progresses toward its first race, visit www.hondaoff-road.com
Reactions: Razorback, snuffnwhisky, TimG and 11 others
box4

This I like , hope they do well !
Reactions: sharp, CumminsPusher, chadbo and 1 other person

Sent from my iPhone using Tapatalk

Reactions: MuDSlinger, Plumber32, JTW and 9 others

Sent from my iPhone using Tapatalk

Gotta agree with you. That is a big machine but damn it’s sexy
Reactions: MuDSlinger, Razorback, BigOL3 and 3 others

I wanna be the driver
Reactions: BWAF