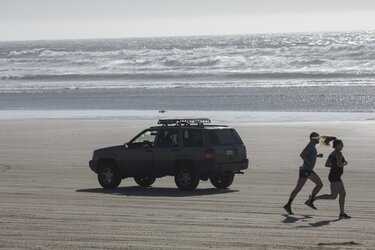 The California Coastal Commission has voted to phase out off-road vehicle use at Oceano Dunes State Vehicular Recreation Area within the next three years. (Myung J. Chun / Los Angeles Times)

The California Coastal Commission has ordered an end to off-road driving at Oceano Dunes State Vehicular Recreation Area within three years as part of an effort to restore eight miles of fragile coastline to a more natural state.

In a 10-0 vote late Thursday night, the panel ended a 40-year battle with the California Department of Parks and Recreation over off-highway vehicle, or OHV, activity at the only state park where vehicles can be driven along the beach. However, off-roaders vowed to take the matter to court.

“The California coast won,” said Steve Padilla, chair of the commission. “Fundamentally, California law doesn’t allow for that kind of use in environmentally sensitive areas.”


Environmentalists and residents expressed relief that the lengthy, bitter dispute ended in favor of preserving the scenic stretch of the Guadalupe-Nipomo Dunes complex, which undulates for 18 miles along California‘s Central Coast near San Luis Obispo. The area is home to endangered steelhead salmon and two species of birds: the Western snowy plover and the California least tern.

“This was a historic vote,” said Andrea Jones, director of bird conservation for Audubon California. “It means that everyone who believes the area should be left undisturbed — marine mammals, migratory shore birds, gulls and people — can have their beach back.”

Jeff Miller, a senior conservation advocate at the Center for Biological Diversity, agreed.

“I’m elated by the Coastal Commission’s long-overdue action to phase out destructive off-road vehicle use at Oceano Dunes,” he said. “This reprieve for endangered wildlife and coastal dunes habitat will allow the non-motorized public to enjoy our beach and dunes as well as reduce greenhouse gases and dust pollution.” 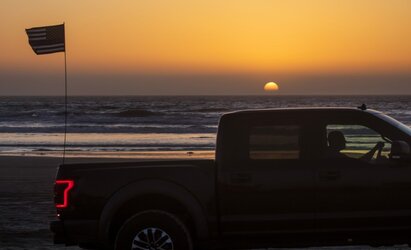 Even before the 12-hour meeting started, off-roading enthusiasts braced for the worst. Many of them have been visiting Oceano for generations and say it has strengthened family bonds.


In a terse response to the commission’s action posted on Facebook, Friends of Oceano Dunes, a nonprofit organization representing 28,000 off-road enthusiasts, said, “It’s a sad day for users of the Oceano Dunes State Vehicular Recreation Area.”

“We are waiting on the final written decision from the California Coastal Commission, but we are prepared for the legal battle ahead,” it added. “Are you willing to stand with us?”

The off-roading community’s efforts to preserve its pastime at Oceano were supported by California parks officials, who asserted that they and the state Off-Highway Motor Vehicle Recreation Commission were mandated by law to allow OHV activities and that the Coastal Commission did not have the authority to regulate them. 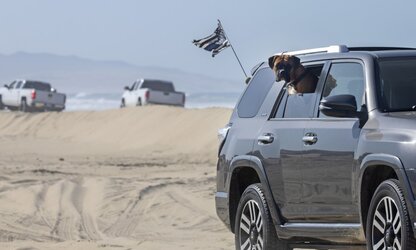 Off-roaders’ efforts to preserve their access to Oceano Dunes have been supported by California parks officials, who say the Coastal Commission does not have the authority to regulate off-road activities.(Myung J. Chun / Los Angeles Times)

Commissioners however, sided with a staff assessment that driving at the park was inconsistent with the Coastal Act. They recommended that it be banned within five years because it caused health problems, degraded fragile habitats “and made it difficult for the public to walk, swim, and enjoy other nonvehicular activities at the beach and dunes.”

That was not soon enough for the commission, which amended that recommendation and others in order to phase out off-roading within three years, end nighttime recreational driving immediately and close the main Pier Avenue entrance into the park by July 1, 2022.

Looking ahead, the commission said it intends to work with state parks to make the significant changes in management needed to make the park attractive to a wider range of visitors, including working-class families seeking lower-cost recreational and outdoor activities.

Most of the more than 100 residents, hikers, politicians and conservationists who spoke during the hearing Thursday lamented how their experiences on the beach were ruined by the whine and roar of motorcycles, jeeps, sand rails and all-terrain vehicles. 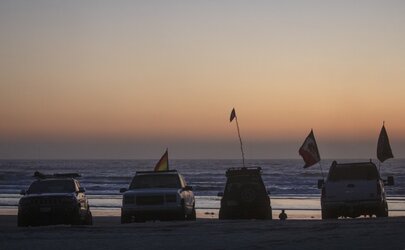 Oceano Dunes State Vehicular Recreation Area is the only California state park where vehicles may be driven on the beach.(Myung J. Chun / Los Angeles Times)

The battle over Oceano began in 1982, after the Coastal Commission issued a temporary permit that gave state parks officials 18 months to determine how many vehicles the area could handle daily and establish a permanent entrance to minimize damage to sensitive habitat.

But the parks department never completed the task. The 1,500 acres of the park accessible to vehicles have been operating under an “interim” system, with a limit of 5,300 vehicles a day and a main entrance that forces visitors to drive through habitat at the mouth of Arroyo Grande Creek to get to a staging area for unloading dune buggies and motorbikes.

The daily-use limit has been reduced during the COVID-19 pandemic to 2,500 vehicles.


Federally threatened snowy plovers became a hot topic a year ago, after Oceano locked its gates due to the coronavirus outbreak and the golf-ball-size shorebirds started nesting in areas that are usually open to off-roaders.

The nesting season of the plover runs from March through September, coinciding with the period of greatest human use of the beach at Oceano.

Those clashing interests triggered state and federal investigations into reports that state park rangers deliberately destroyed plover nests, which are mere depressions in the sand, in preparation for the reopening of the beach. 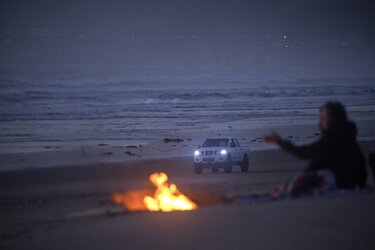 Deep ruts are Kryptonite to P500s