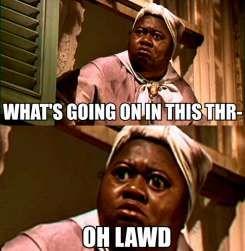 Oh Damn, I'm gonna have to go back to page 1. Looking forward to it though!
Reactions: Mudwing, JenElio, JTW and 3 others
box4

Deep in the heart of Dixie, Kentwood, La.

ohanacreek said:
If you ride with us you can take it for a spin, but I warn you I drove @snuffnwhisky machine and it left me wanting to steal White Lightning.

Ride improvement without the shocks fully tuned is like going from a 500 to a 1000 with the aftermarket shocks. Its still not comparable to a sport machine, I'm not going to compare it that way, but I believe the ride at slower speeds is better than a Talon, but different design parameters. It would be like saying a flexi rock crawling CJ7 is comparable to a trophy truck because they have the same amount of travel and maybe even HP. I wouldn't try to run it around a track or through rough terrain at high speed like a sport machine although I have taken White Lightning for a spin around a track. Arms are WAY to beefy for that, too much weight. I think the frame would be damaged before the arms would. Snuff did an amazing job with the design and setup considering he was working with a "farm rig". Yes I am coddling his ego partly because he deserves it mostly because I still need his help.

I have ridden with @snuffnwhisky and @joeymt33 at Coalmont (Yamaha) and Mulberry (white lightning), but did not ask to ride in white lightning for fear of being ruined with ole Nellie.... lol. But if you got the time, I will take you up on the offer if we meet at some point. No doubt, Snuffnwhisky abilities and skills leaves me just shaking my head in awe.
Reactions: JenElio, ohanacreek and CumminsPusher

The LT pioneers are impressive... a s*** TON of work!! But impressive!
Reactions: BigOL3, Mudwing, JenElio and 1 other person

JTW said:
The LT pioneers are impressive... a s*** TON of work!! But impressive!
Click to expand...