Vondy said:
Hopefully the prison is open by Takeover

This is relevant, as Windrock just cancelled thier Shindig event that was scheduled the weekend prior to Takeover. So if prison isn't open it limits what can be experienced once there.

So if its open we go, if not let people decide if they want to drive 5 hours to look at a fence?
Reactions: JeremieBaker, JenElio, farmtimpioneer and 1 other person

Our group would be interested in going to eternal flame one night.
Reactions: Red500, JeremieBaker, BrophyCreek and 4 others

CPope said:
Our group would be interested in going to eternal flame one night.
Click to expand...

Make sure you do it at night.. it’s a let down if you’re planning on going during the day. And don’t be too overwhelmed lol..
Reactions: JeremieBaker, JenElio, JACKAL and 3 others

JTW said:
Make sure you do it at night.. it’s a let down if you’re planning on going during the day. And don’t be too overwhelmed lol..
Click to expand...

2nd that, its a campfire coming out of a pile of hand sized rocks. 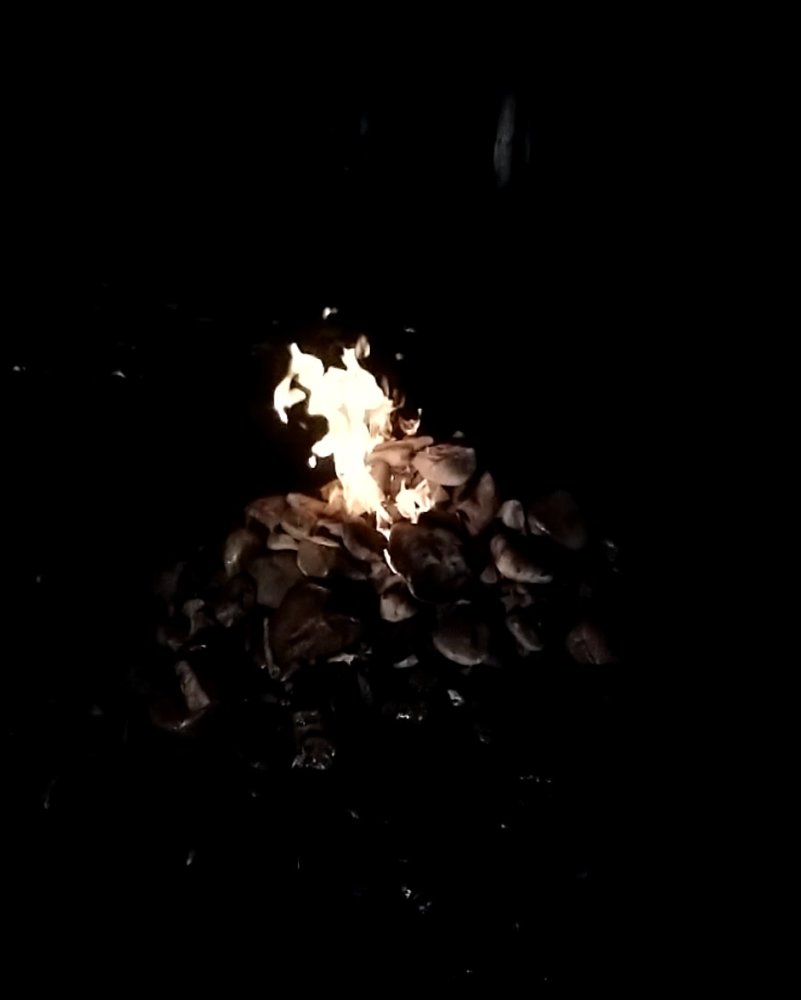 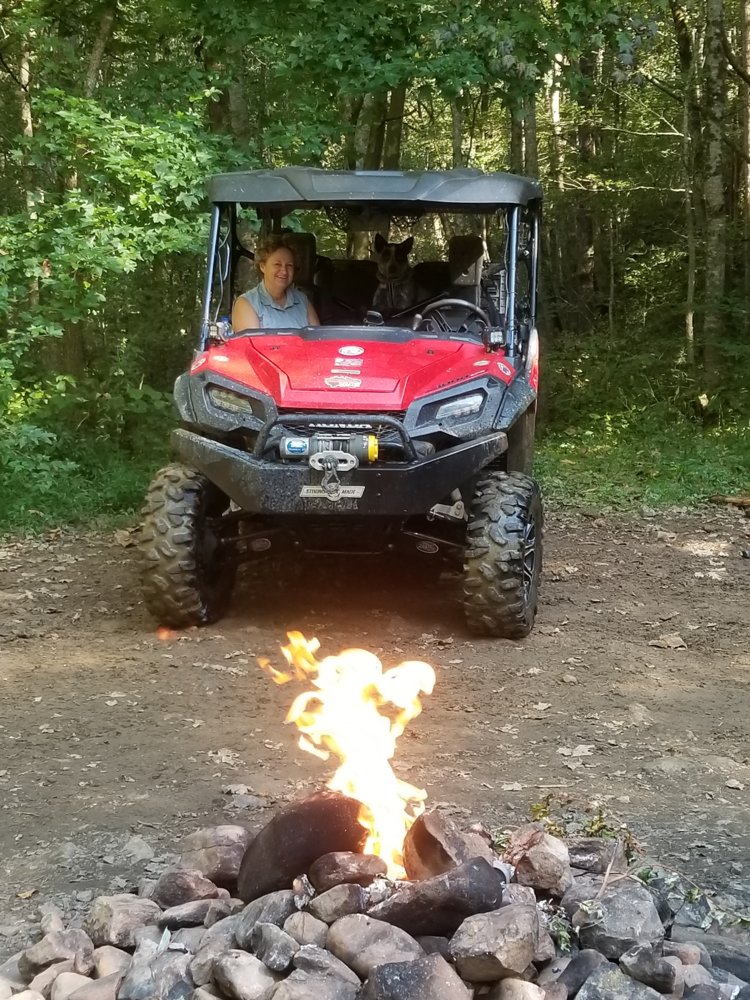 Reactions: Isaiah, JeremieBaker, TimG and 6 others

Nice ride. I know it's not your current ride but its still a nice ride.
Reactions: JeremieBaker and JenElio
S

Before the trip, somebody might want to check on the road right above the train. The one that drops down to the train. Rumor has it that it is washed out in one section. Was getting bad late last fall.

The Windrock Facebook group would be able to confirm this.

Superthrill said:
Before the trip, somebody might want to check on the road right above the train. The one that drops down to the train. Rumor has it that it is washed out in one section. Was getting bad late last fall.

The Windrock Facebook group would be able to confirm this.

Thats Trail G7 and it is in terrible shape. I would not recommend taking it to anyone, It was a 2 ft washout in January, now it is double that, not sure how you would get down it without flopping over but you could winch up it. Still I consider it a no go.

This was on January 25th on what is normally a gravel road. Currently washed all the way across and much deeper. 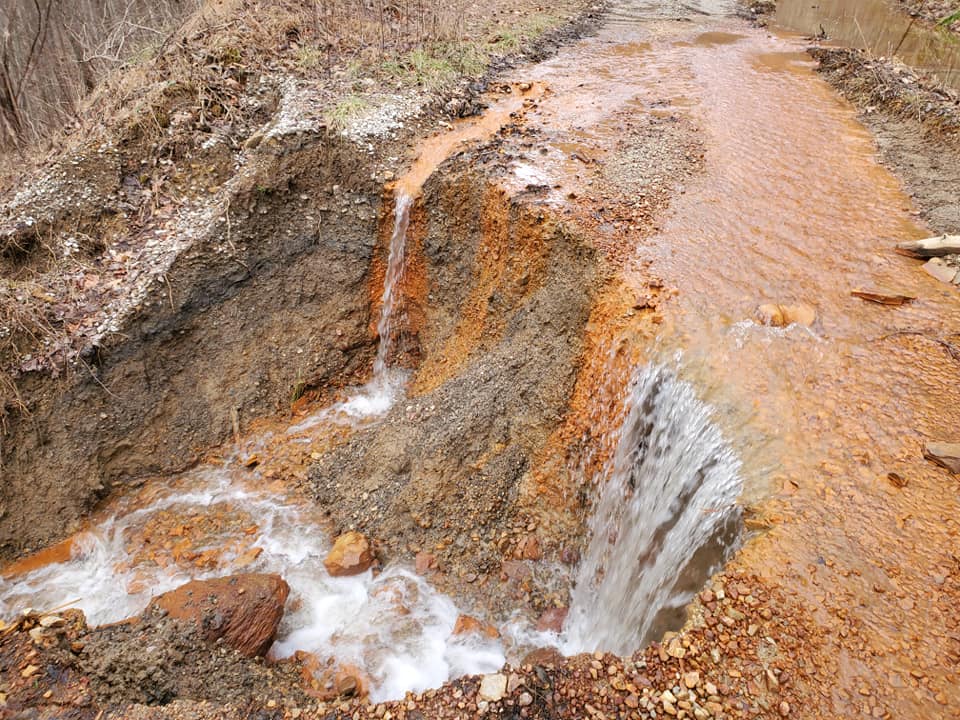 We went down and up it last fall, knew then it would get even uglier...
Reactions: JenElio, Firemedic530 and JeremieBaker

Well with the cancellation of the "Official Pioneer Takeover" I understand several individuals will still come to ride. That's a good thing! That said, it would be moot to go to a closed Brushy Mountain Prison, however I can still take people to the New River Train (called Abandoned Train) and the Eternal Flame, among other trails in the New River Unit. TWRA has been busy marking the trails that last year were only 2, now a few dozen are officially numbered and named even though no public maps are available (yet). However many of these trails are moderate to difficult, not extreme but will have to see what April showers do to them.
Reactions: Backwoods, Tramguage1, Bad_bowtie and 9 others
box4

We are in of this stuff gets straightened out.
Reactions: JACKAL and Backwoods

I'm not sure how LEO will react to recreational activity since this limited travel has been extended through April 30th per President Trump's orders.

Campbell County Mayor is asking for essential travel only. This is new as of 3/30/2020.

That said, I don't want to risk getting anyone fined by traveling roadways in UTVs during this restricted travel period. So I strongly recommend not to go into town or ride on any roads if you come here during the effective dates set by POTUS. I will not be taking groups until this stuff settles down. Not going to crap where I eat as I have never had any issues with State or Local police even when being on unauthorized sections of roadways with off highway vehicles to this date.

Well this was posted today 4/16/2020 by Brushy Mountain, offering limited drive up or call ahead food orders at Warden's Table Restuarant, the prison is still closed for touring inside though. FYI. 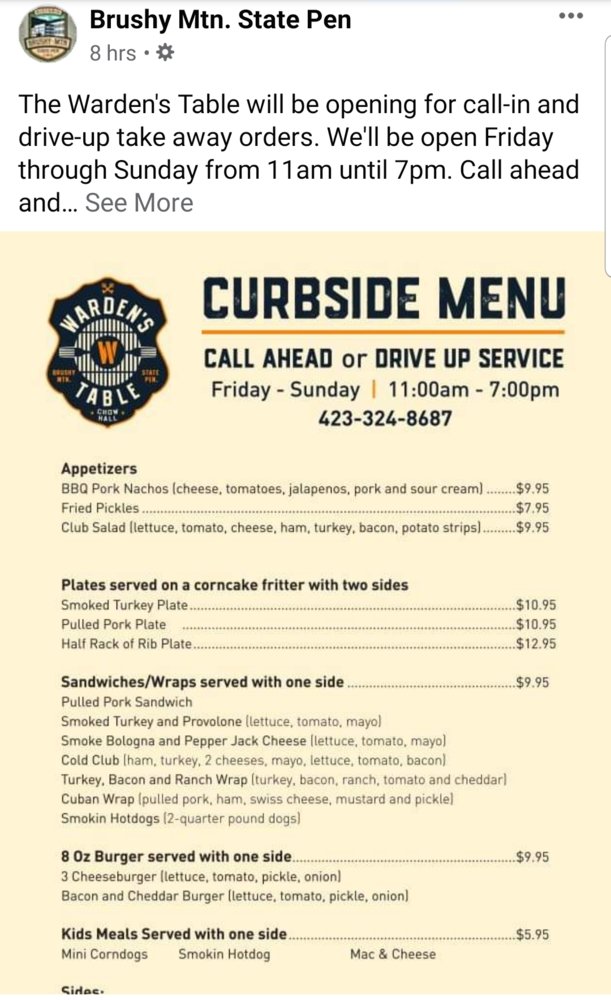 You don't happen to know what the sides are by chance do you?

nitzo said:
You don't happen to know what the sides are by chance do you?

As famously said by Pauly Walnuts, "Your sister's ass"

Jackal, I hope to meet you late Thursday or Friday morning. I am trying to leave a day or two early but as of now I can't promise that.
Reactions: JACKAL

Haldog77 said:
Jackal, I hope to meet you late Thursday or Friday morning. I am trying to leave a day or two early but as of now I can't promise that.
Click to expand...

For tomorrow Friday 4/24/20 I will be at RRB band stage area around 9:30 AM to see who wanted to ride on the west side of I-75 actual Royal Blue & New River units. Can hit POIs such as Eternal Flame, New River Train, and if desired "might " go to the Warden's Table to eat a late lunch at Brushy Mountain Pennetentiary IF the majority of the group wants to. The Prison is closed for tours, they do have a large outdoor covered place to sit down and eat if that's something people want to do.

I'm flexible, in the places we go and the route we take, but intend to keep trails family friendly for those who have children riding with them.

Just post a reply here if you intend to go with me. I will be ready to head out by 10AM. Will be on FRS radio channel 8 just reach out for Jackal by radio after 9:30AM.

Getting to be an old thread but I saw somthing that fits in.
The Herald in Scott county ran an artical about the train line, officially known as the Tennessee Railway.
The current owner has filed for abandonment.
It usally takes some time (like 2 years) for the government to grant a request like this but with little activity since 2008 it may go quicker.

Once the line is officially abandoned they will sell off anything they can turn a buck on.
Steel rail, bridges and any train cars have obvious value.
The cross ties, gravel ballast and even bridge embutment stones will be hauled off.

One hundred and thirty years of railroad history in Scott County could soon be over. RJ Corman will inform the federal government next week of its intent to abandon the former Tennessee Railroad line from Oneida in Scott County to Devonia in Anderson County. The Nicholasville, Ky.-based company...

My first trip to the area was in '08, riding ATVs with the family at Brimstone.
I saw an ad for the train rides and figured it would make a good rainy day excursion in the future.
Didn't guess there would be no future.

While riding at Brimstone I came accross train tracks in the woods of the New River Railway, another defunct line to the West of Brimstone.
At the time I considered what it would take to make a hi-rail adapter for an ATV.
Seams like now is the time to do something before it's too late.