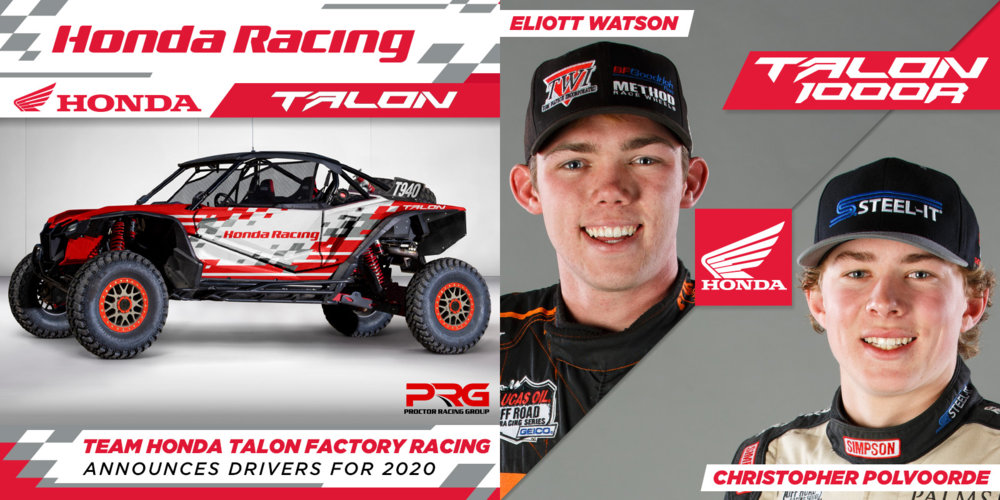 Fresh off their successful 2019 season in short-course racing, Eliott Watson and Christopher Polvoorde are joining the new Team Honda Talon Factory Racing program, being run under the same Jeff Proctor leadership of the proven Honda Off-Road Racing Team. The factory effort is designed to prove the Honda Talon’s prowess in desert racing.
Continue...
Honda Talon Snow Plows Ready for Order!!!
2 2,845 by Hondasxs : Sep 12, 2019 at 12:00 AM 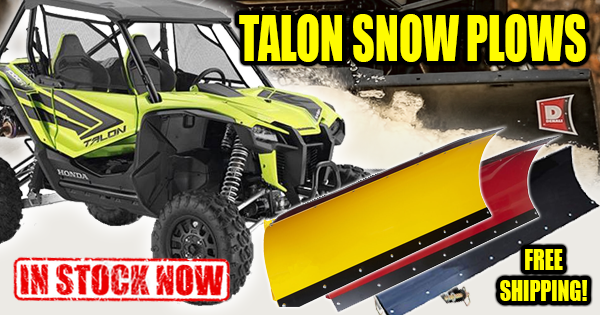 ​
Just in, Motoalliance has released their Denali Snow Plows for the Honda Talon 1000 X/R UTV's. 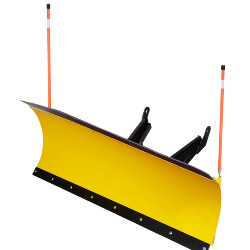 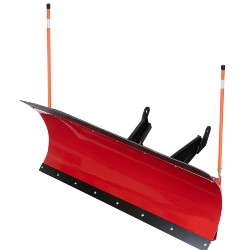 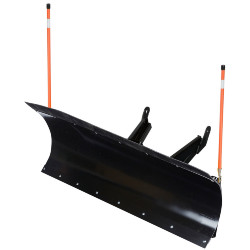 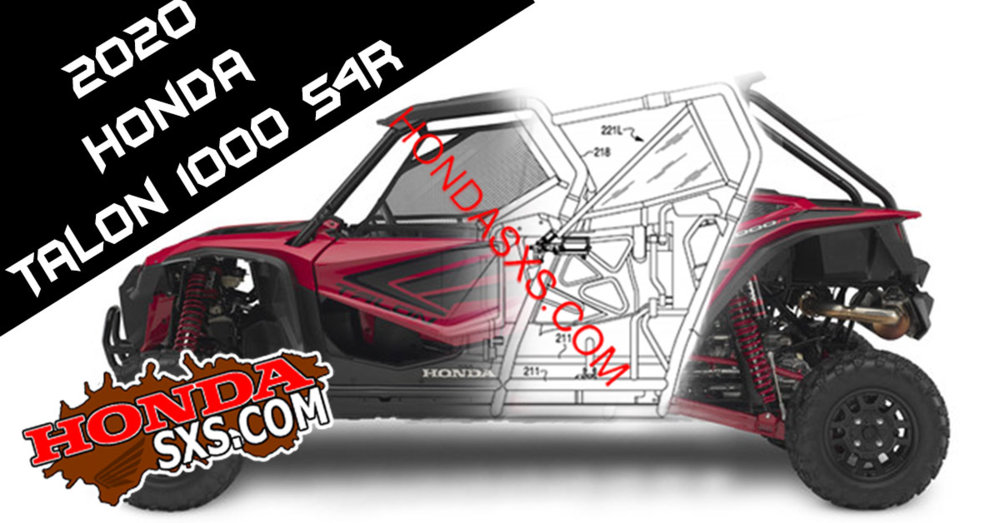 Could this be, A Honda Talon 4 seater?

Honda is set to announce some of their 2020 offroad models this Monday evening at a dealer event. While we all hope for a Talon Turbo we are fairly certain that will not come to light. Until the official announcement, we can only wonder what is under those red curtains.

2020 ATV Model!
While the Rincon will see its 17th year of BOLD NEW COLORS we only hope and dream Honda is working on a 999cc Twincon somewhere. Yet the ATV you see here is part of the Foreman line. Info has already dropped confirming Honda has a 518cc model for the 2020 year and we believe it will be the Honda Foreman Rubicon 520! 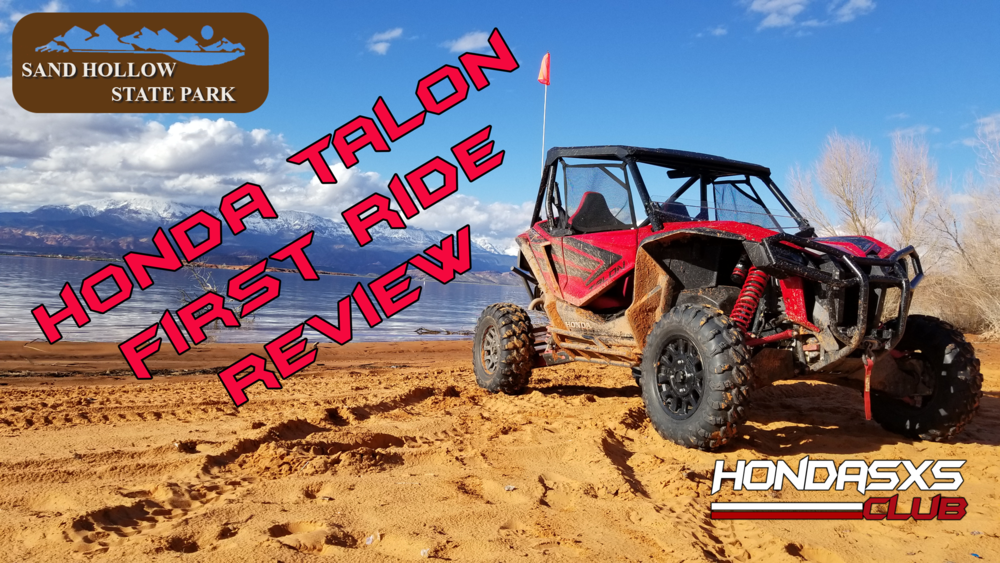 Earlier this March, Honda decided to scoop me up with a quick flight off to Utah, to give the 2019 Honda Talon a day's run in the beautiful Sand Hollow State Park. Once there, we were met with 20 gorgeous machines ready for the taking. 10 Talon 1000 R's and 10 Talon 1000 X's, along with a few Pioneer 1000 LE support vehicles. 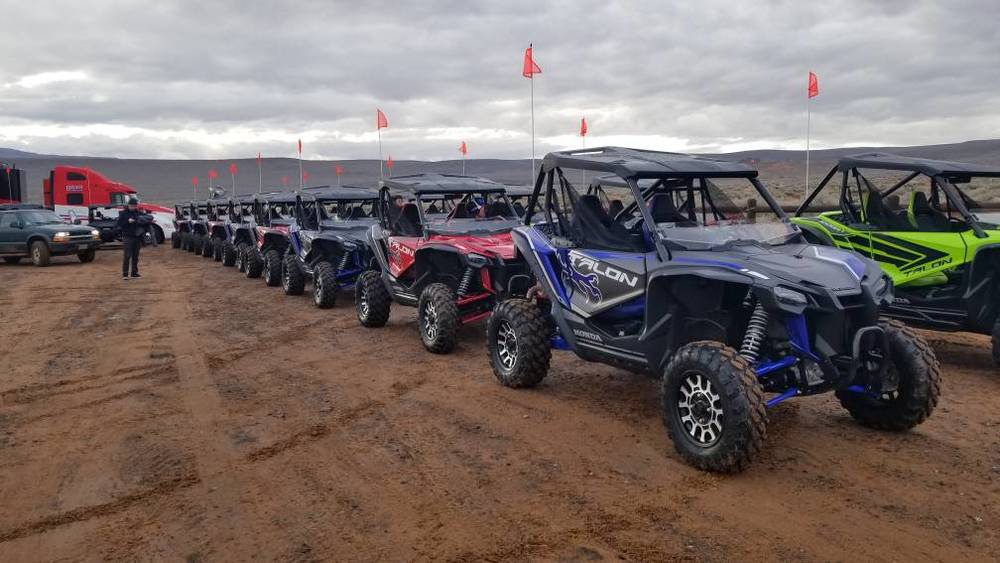 Start of the day.
We Started the day off in a red Talon R. My co-driver was from CycleNews, who was just as excited to give these things a spin as was I. Honda had a great adventure planned out but, the rain from the previous day made for a change of plans. Each machine was equipped with Rugged Radios that allowed the group, as well as driver and passenger communications. As we waited for the tunnel to be cleared of sand, we played around with some of the switches, while the group leader gave a general overview of the unit. 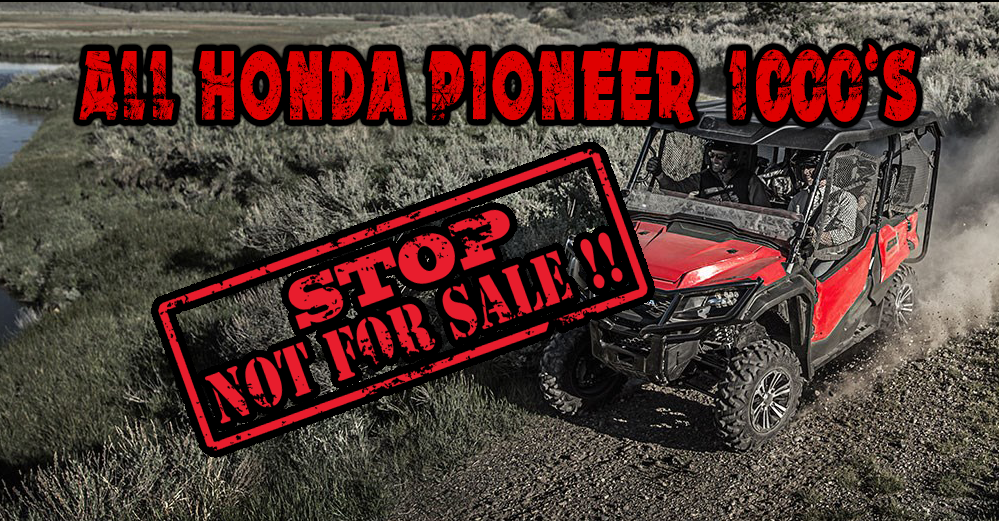 Throttle pedal pivot could get corroded and stick causing a stuck throttle issue. Service Bulletin to be released around March 25th.
Continue...
Page 1 of 6
Loading...